In another post of this blog, I published some notes about the interdisciplinary work that the ForSEADiscovery team is doing to historically identify a shipwreck located in the river Eo of Ribadeo (Galicia, Spain). The team is working on one hypothesis – the shipwreck might have been a galleon named Santiago, which ran aground in 1597. The Santiago was a galleon of Philip II’s navy, which assisted the Spanish armada that planned to intervene in Ireland against Elizabeth I of England’s navy and armies. Anyone would say that the galleon Santiago was a Spanish ship, because it was at the behest of the Hispanic Monarchy. Certainly, to define as Spanish the galleon Santiago is useful to understand the international and political circumstances in which the galleon sank. However, it is worth asking, from the historical and archaeological perspectives, to what extent it is useful to characterize as Spanish a galleon which had been built in the sixteenth century. 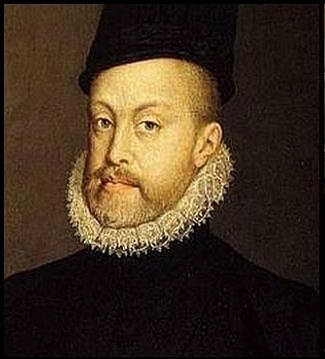 Philip II, whose navy was constructed through a system of asientos, would have had ships built in any of the areas (New and Old Worlds) over which he was lord.

History was born as a social science in the nineteenth century under the auspices of Positivism and nation-state building. The learning of ‘national’ history, which is to say the study of the common past of the ‘nation’, alongside the codification of ‘national’ languages and the set up of a public education system – in which kids learn the history and language of the ‘nation’ –, were essential devices for the creation of national citizens in Spain, France, Germany, Italy, Mexico, the USA, and other European and American countries utilizing this system. Since then, a national component has been strongly present in the research, writing and teaching of History. However, in the last two decades many historians are claiming that to take modern nation-states as a reference to study the past, especially the past before the nineteenth century, might not be the best approach to understand certain historical processes (among other reasons) because nation-states did not exist before the nineteenth century. Therefore, they are taking an alternative approach to addressing history before the nineteenth century. In the case of the early modern era, this alternative not only takes into account the existence of political borders between kingdoms, viceroyalties, counties, duchies and republics, but also stresses the significance of circulation, transmission and diffusion of people, objects, ideas and technologies across those borders in the making of history. This new approach has received numerous names – global history, transnational history, transcultural history, histoire croisée, connected histories, and so forth.

Let’s imagine how we could use such an approach to historically and archeologically study the building and life of a ship like the Santiago. Since the galleon Santiago was part of Philip II’s navy, it must have been built through a system of asientos (contracts) with private entrepreneurs (the most common method of naval vessel procurement in that period) under the supervision of a council – the Council of War – of the Hispanic Monarchy. This does not mean that the ship had necessarily to have been built in Spain, which is to say in any Iberian kingdom, province or lordship that was not Portugal. On the contrary, the contractor might come from and the ship might have been built in such territory as Portugal, Naples or Cuba, to say but a few of which Philip II was also lord. This means that the main raw material of the ship – timber – might come from forests in territories which had geographically nothing to do with Spain, apart from sharing the same lord. The diverse geographic origins of wood determined different properties of the timber, thus diverse qualities of the ship, as the wood scientists of ForSEADiscovery are researching. Furthermore, some timber, especially pine masts, and forest products like tar and pitch, might have been imported from such distant areas as the Baltic Sea (see posts in this blog by Nathan Gallagher and Manish Kumar). Shipbuilding techniques themselves were not born in any concrete ‘nation-state’ but were the product of a diffusion of knowledge and navigation traditions that crossed political borders from the Mediterranean Sea to the Atlantic Ocean, and from coast to coast between the shores of the Atlantic territories. The same could be said of carpenters and caulkers who built and repaired vessels, as well as sailors who travelled across seas and oceans. Skilled labourers who worked in shipyards usually came from the area in which the shipyard was located, but it was not rare that some of them built up a reputation and travelled between different ports, spreading and teaching their abilities to people far from their birthplace. This was still more commonplace in the case of sailors and other seamen. Philip II’s ships were not monolingual spaces. Although a language usually dominated in the ship because sailors were normally levied from the same area, a galleon like the Santiago might have carried people from many areas of Europe and the Americas. The more a Hispanic ship travelled and stopped over ports, the more chances that Spanish, Portuguese, Basque, Flemish, Italian and other languages could be heard onboard; in other words, people from diverse areas travelled together and diffused ideas, books and navigation skills among each other and beyond.

When one thinks of a project like ForSEAdiscovery, whose organisation is interdisciplinary and in which researchers from different countries work, we might realise how useful could be to use a global or transnational approach to study the history and archaeology of shipbuilding in the Early Modern era. If in the future, if we were to confirm that the shipwreck of Ribadeo really is the galleon Santiago, to say that it was a Spanish vessel would mean but a little about its shipbuilding and life history.

Dr. José L. Gasch-Tomás joined the team of historians at Consejo Superior de Investigaciones Científicas (CSIC) as an Experienced Researcher (ER1) for the ForSEAdiscovery project in December 2014. He earned his Ph.D. in History from the European University Institute (EUI) of Florence, Italy.